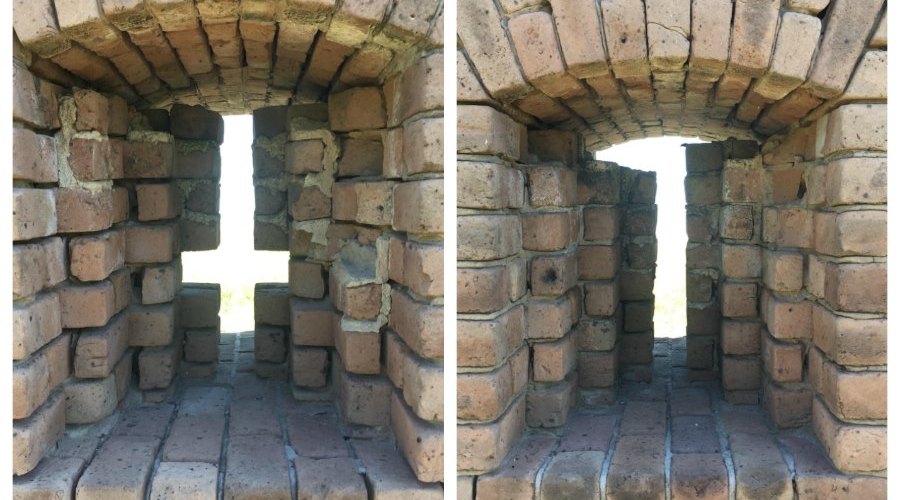 When reading articles via the internet, it’s probably a good idea to just steer clear of the comments section. This is especially true when reading something that is related to issues of equity or accessibility for all. Trolling in the form of racist, sexist, and other fear-fueled rants can seem like the dominant mode of communication of many participants in this space. It can seem as if individuals are talking over and past one another, and communication is not founded on true dialogue.

Dialogue, Paulo Freire asserts, is an “existential necessity” that is inherently a vital part of learning (1968, p. 89). The act of participating in dialogue is an indicator of humility and the willingness to learn. It can provide participants the opportunity to recognize one another, the essential elect of identity development and respect. The willingness to think outside bias, to critically examine our biases, is at the heart of learning about the other and ourselves. It is our responsibility to one another (Buber, 1937). This may seem frightening, because it essentially places us in the unknown, the uncomfortable place of not being able too easily categorize and identify others. This identification makes life very simple. However, being uncomfortable is the only way we truly grow. The old saying reminds us that moss does not grow on a rolling stone. Stasis equates to a stillness that is not unlike death.

Margaret Wheatley expresses the significance of being uncomfortable: “We can’t be creative if we refuse to be confused. Change always starts with confusion; cherished interpretations must dissolve to make way for the new. Of course it’s scary to give up what we know, but the abyss is where newness lives. Great ideas and inventions miraculously appear in the space of not knowing. If we can move through the fear and enter the abyss, we are rewarded greatly. We rediscover we’re creative” (2002, p. 37). This discovery can help give meaning to our lives and enrich those with whom we interact. Basically, we learn more about ourselves through others. It sounds simple…and it is…if we are ready to be uncomfortable.

Byung-Chul Han’s most recent English translations, The Agony of Eros (2017a) and In the Swarm (2017b), both discuss the absolute need for our encounter with the other. He warns that the digital medium of expression “is taking us farther and farther away from the other” (2017b, p. 24). Our ability or inability to articulate ourselves is exacerbated in the digital medium, and “nonverbal forms of expression such as gestures, facial expressions, and body language” are lost almost completely (2017b, p. 21). Our inability to plan for this learning leaves us with no “other” with which we may view new perspectives and understandings of the world.The visual images are constructed for us to see ourselves (or our closest analogue), thereby making everything the same. This massive normalization ends the need for an other, and it destroys the possibility for imagination or fantasy (2017a). We must be able to perceive through another viewpoint, one that is truly the opposite of the one we hold, so that we may engage in thinking that is infinitely more complex.

Without confrontation with the other, we are doomed to live empty lives, lonely and incomplete. There is a small piece of a recent poem by Joshua Marie Wilkinson (that is part of his series of poems that begin with a line from Osip Mandelstam, The Easements) that reads:

“as I’ve found in the stars

no friend, the lake

no brother, the current

no story to live with.”

I don’t know why my thinking takes this path, but it reminds me of the other as being the source of desire, the source of a true narrative. Without the necessary encounter with the other that produces co-constructed knowledge for the benefit of both participants, our individual life stories are stillborn (Han 2017b).

Perhaps comments and social media posts are not really avenues for actual discussion. If that’s the case, I don’t understand the necessity of providing a vehicle for reader voice if it isn’t to inspire dialogue.

Note- The article that prompted this brief line of though is located here. The comments section yielded some replies that were blatantly racist and sadly myopic.

Wheatley, M. J. (2002) Turning to One Another: Simple Conversations to Restore Hope to the Future

This post was largely drafted via dictation to Siri (iPhone 5) en route to work.

Francis Bacon, a largely self-taught artist, said that the first mark of the canvas was the most powerful.

Bacon had an artistic vision that was informed by the various media of his time. So, movies like  Battleship Potemkin and images like the pope frequently easily entered the frame of his canvas. Bacon was painting not things or portraits but a visual schema of his psyche, one littered and entangled with images both representational and symbolic.

What of impulse before the Gestural scraping of paint on the canvas for that first “indelible mark”?

What I’m asking is what happens to the paint in the heart and the mind prior to the first mark on the unprimed canvas? Ever prolific, this too was recorded for Bacon. He would actually test color and test the way his brush hit a surface on the walls in his studio.

What of all of this practice? Is it meaningful? Is it something to be recorded? Is it more than practice?

It felt like scientific study. A question is asked, a hypothesis is pronounced or declared, and off goes the scientist to decide if the process or the outcome is something worth investigating further. It always felt like this for me. I would grab my alto saxophone or my trumpet and I would play completely alone in a room or a racquetball court somewhere in town. Almost everything I played was recorded on a cassette. I suppose I recorded out of habit or out of necessity to hear what those sounds not only sounded like while I play them but once I was out of that moment.

The sound invariably changed once I left the moment of actual creation. My ear would pick up things that I just liked in retrospect, but it felt like something worthwhile. The process became the art, the meaningful pursuit for some communication or the meaningful pursuit of a way to communicate with sound. The communication may have been only shared with myself at the time but had some significance in the way I processed information in a variety of other subjects. 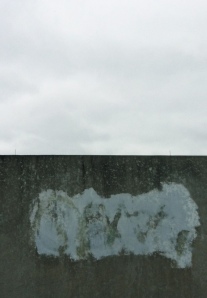 This morning I’m listening to David Gross. His album, Things I’ve Found to be True, captures this gesture before the published gesture I guess. However, none of this feels like simple practice. If feels very much like David Gross is scraping into the messy areas of creativity to find something just beyond his reach.

Do the quiet scrapings that move through the sound space of Gross’ record originate from the same space as the automatism-based drawings of Robert Motherwell or Matta (his teacher)?

Does this experiment in silence or in near silence have any root in the foundation of the movement known as “New London Silence” with which cellist, Mark Wastell, and harpist, Rhodri Davies, are known?

Heddy Boubaker’s Lack of Conversation does the same, albeit dramatically different in process. Boubaker may focus more on filled space then Gross, but both have an intense need to do things with the saxophone that may not have been heard before or prior to their respective recordings. It’s not so much about the recording of something that’s never been done as much as it’s about recording something that you don’t know what it’s going sound like prior to playing. It becomes an act of freedom and also bravery.

Something about this area artistic creativity reminds me of Paul Auster’s White Spaces a prose (almost a prose poem, and it is included in his collected poems) that captures a sense of emptiness (or, rather, openness) that very few artworks capture. There is a great deal about this piece here.

In the last few years, several musicians have taken to almost “erasing” their sound to bare minimal marks. Assembling just the brass and woodwind players alone, one could create an orchestra of silence or near silence. These include Nate Wooley, Axel Dorner, Radu Malfatti, Greg Kelley, etc. This list could go on for days if one were to collect the names of musicians that are often working on the outside of normally accepted musical sound, like Gabriel Paiuk (sound artist from Buenos Aires) and Taku Sugimoto (guitarist from Japan). The list is endless because artists are all searching for that method of communication in a time where probably so much Sal fills our day it’s a stripping away to the essential elements that informant memory or soft around the subject. It may even be the stripping away of the subject itself.

One famous example of this is Robert Rauchenberg’s Erased to de Kooning, a pencil drawing by Willem de Kooning that was erased by Rauchenberg after being given permission by the artist. The image, or what is left of the image, is mounted in a beautiful frame. The “indelible marks” are almost nonexistent; they become pentimenti.

What is it that draws me to this openness? This erasure?

Why am I entranced by Mary Ruefle’s Little White Shadow, a short book, appropriated and erased by Ruefle in the creation of something new? Isn’t this a reworking of Radi Os (Ronald Johnson) or A Humument (Tom Phillips)?

Why do I create work that is also engaged in some secret history of absence or erasure? What do I gain from it?

Why do I create musical works (like the one linked) that attempt to do much the same as these? Or like this one (Track 9)?

There is so much more that could be connected…so much more ether, nothingness, absence, silence.

Maybe I am interested in exploring this creative “first act” or non-act…because I am a teacher. The moment that a student learns…there is a magic that happens in that moment. Some term this a “lights go on” moment. Some call it awareness. I think it has to be the most powerful emotional moment…reaction to awareness of learning. It is something beyond what I could ever hope to describe.

As I write this free thought exploration down, I am thinking about how art isn’t really separate from that moment at all. It is that moment. It must capture something that is not able to be captured, something that is just outside of normal “practice” or just beyond reach. To get there, maybe we have to erase what has come before.

Maybe we have to erase ourselves a bit.

Perhaps all art needs to be destroyed and erased and lost in order to build the simplest of blocks of coherent expression back into existence. Maybe, it’s a building back to relevance.